An inaugural member of Aosdána, he died in 1982 and is buried in his native town, Ballinasloe, Co. Galway. 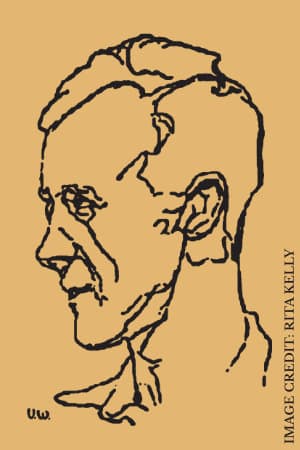 Mícheál Ó hAodha is an acclaimed poet and translator from Galway in the west of Ireland who writes in the Irish language. He has written poetry, short stories, journalism and academic books on Irish social history, particularly relating to Travellers, the Irish working-class experience, and the Irish who emigrated to Britain.

Mícheál is also an accomplished translator: recent acclaimed translations from the Irish include: Seán Ó Ríordáin: Life and Work by Seán Ó Coileán (Mercier Press, 2018); Exiles by Dónall Mac Amhlaigh (Parthian, 2020); and This Road of Mine by Seosamh Mac Grianna (Lilliput Press, 2020).

He is a part-time lecturer in the departments of History and Comparative Literature at the University of Limerick.